The Clinton Symphony is very pleased to announce their season premiere on Sunday, October 6, 2019, 2:30 pm, at the Clinton Performing Arts Complex. Maestro Octavio Mas-Arocas will conduct the performance, and will present a pre-concert lecture at 1:30.

The orchestra will open the concert with the renowned epic tone poem of Nikolai Rimsky-Korsakov, Scheherazade.

The featured guest artist will be pianist David Kim, well-known to audiences in the Mohawk Valley and throughout the northeast. He will perform the Piano Concerto No. 2, c minor, op.18 of Serge Rachmaninoff, in memory of his mother, Susan Kim.

Open-seating Tickets are $ 35 for adults and FREE for all students with ID. For reservations, please call 315-404-2016 or mail our payment to CSOMV PO Box 270, Clinton, NY 13323. Please don’t forget your tax-deductible donation! 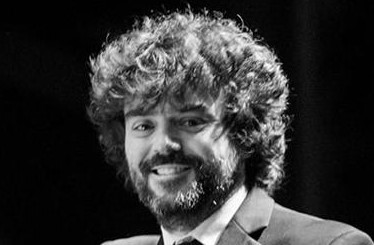 Octavio Más-Arocas is a versatile and dynamic conductor whose achievements demonstrate his talent and musicianship. Más-Arocas is currently the Music Director and Conductor of the Mansfield Symphony Orchestra in Ohio, the Director of Orchestras at Ithaca College in New York, Conductor-in-Residence at the Cabrillo Festival of Contemporary Music, and conductor of the Interlochen Philharmonic at the Interlochen Arts Camp.

An award-winner conductor, Mr. Más-Arocas won the Robert J. Harth Conducting Prize at the Aspen Music Festival, the Felix Mendelssohn-Bartholdy Award, given by Kurt Masur, is the recipient of the Thelma A. Robinson Award from the Conductors Guild, a Prize Winner of the Third European Conductors Competition, and a winner of the National Youth Orchestra of Spain Conductors Competition. In 2012, Mr. Más-Arocas was selected by the League of American Orchestra to conduct the Fort Worth Symphony Orchestra in a showcase event during the League’s National Conference in Dallas.

Chosen by Kurt Masur, Mr. Más-Arocas was awarded the prestigious Felix Mendelssohn-Bartholdy Scholarship. Consequently, he worked as Maestro Masur’s assistant with the Leipzig Gewandhaus Orchestra and the Helsinki Radio Orchestra, and made his German conducting debut with the Leipziger Symphonieorchester. The offer came after Mr. Más-Arocas’ New York debut concert sharing the podium with Maestro Masur and the Manhattan School of Music Symphony.

Mr. Más-Arocas served as Principal Conductor of the Green Bay Symphony Orchestra, Wisconsin, and held the positions of Director of Orchestral Studies and Opera Conductor at the Lawrence University Conservatory of Music in Wisconsin, Director of Orchestral Studies and Associate Professor of Conducting at the Baldwin Wallace University Conservatory of Music in Ohio, Director of Orchestras at the Interlochen Arts Academy in Michigan, Resident Conductor of the Sewanee Summer Music Festival in Tennessee, and Assistant conductor of the National Repertory Orchestra in Colorado. In 2013, simultaneously to his work with the Lawrence Symphony Orchestra, Mr. Más-Arocas was the Resident Conductor of the Unicamp Symphony Orchestra in Campinas, Brazil, where he also was a Visiting Professor of conducting at the Universidade Estadual de Campinas. Mr. Más-Arocas spends part of his summers and winters in the Grand Traverse area, where he has developed a relationship guest conducting the Traverse City Orchestra and continues his association as guest conductor at the Interlochen Center for the Arts. In addition, he has worked with the Alabama Symphony Orchestra as a regular cover conductor.

In the last few years Mr. Más-Arocas has conducted orchestra across North and South America and Europe including the Filarmonica George Enescu in Romania, the Granada City Orchestra in Spain, the Leipziger Symphonieorchester in Germany, the Orquestra Sinfônica da Unicamp in Brazil, the Green Bay, Traverse City, Bluewater, Fort Worth, Spokane, Toledo, Phoenix, Memphis, Kansas City, and San Antonio Symphonies, the National Repertory Orchestra, the Manhattan School of Music Symphony, the orchestras of Viana do Castelo and Artave in Portugal, the Interlochen Philharmonic, the Universidad Nacional Autonoma de Mexico Philharmonic, the Rosario Symphony in Argentina, Kharkov Symphony in Ukraine, the National Youth Orchestras of Portugal and Spain, the Pescara Symphony in Italy, the Amsterdam Brass in the Netherlands, and the Ciudad Alcala de Henares Symphony. In addition, Mr. Más-Arocas has served as assistant conductor at the Madrid Royal Opera House.

Mr. Más-Arocas was assistant conductor of the National Repertory Orchestra, which he conducted in subscription, family, and pops concerts. As the Resident Conductor at the Sewanee Summer Music Festival he conducted the Festival, Symphony, and Cumberland Orchestras. Other festival appearances include the Aspen Music Festival, the Cabrillo Festival of Contemporary Music, the Festival Internacional Carlos Gomes in Campinas, Brazil, the Interlochen Music Festival, the Bach Festival at Baldwin Wallace University, and the MidAmerican Center for Contemporary Music.

His ability to work, inspire, and transform young talents has lead him to be a frequent guest conductor with prominent music education organizations and ensembles around the world. He has worked with the World Youth Symphony Orchestra, the national youth orchestras of Portugal and Spain, has conducted All-State Honor Orchestras, and has been in residence with university orchestras in Chicago, Portugal, and Brazil. Mr. Más-Arocas has lead tours with the National Youth Orchestra “Templarios” of Portugal, the Interlochen Symphony, the Baldwin Wallace Symphony, and toured Argentina with the Silleda Wind Symphony.

Mr. Más-Arocas is an alumnus of the prestigious American Academy of Conducting at Aspen, where he studied with David Zinman. He completed doctoral studies and his main mentors include Kurt Masur, Harold Farberman, and Emily Freeman Brown.

David Kim began his musical studies at the age of six with violin and cello. At 12, he began piano lessons, and six years later, performed Rachmaninoff’s second concerto with the Syracuse Symphony Orchestra. Since then, he has been a featured soloist with The National Repertory Orchestra—performing both Ravel concertos—as well as The Utica Symphony Orchestra, The Stony Brook Symphony Orchestra, and The Claflin Hill Symphony. As a soloist and chamber musician, David has performed in New York at Steinway Hall and The Tenri Institute, and in Boston at Jordan Hall, The Fogg Art Museum, and Sanders Theater. He has also been heard in live and recorded radio broadcasts for Vermont Public Radio, WCNY in New York, and WHRB in Cambridge, as well as WGBH-TV in Boston. As a composer, his choral work was premiered in New York by the Manhattan Choral Ensemble as a winner of the New Music for New York Commission Project, for which he also received the audience favorite prize.

David studied piano with Randall Hodgkinson at Harvard and The New England Conservatory, and with Daniel Shapiro at The Cleveland Institute of Music. His doctoral degree was completed at SUNY Stony Brook, where he studied with Christina Dahl.

Susan was born on October 20, 1938, in Springville, NY, to Benjamin and Lillian Webster. Her primary education was in a one-room schoolhouse in Hamburg, NY. She graduated from Orchard Park High School and was valedictorian of her class at Deaconess Hospital School of Nursing in 1959.

Susan worked as a Registered Nurse at Buffalo VA Hospital for three years and four years at Buffalo Children’s Hospital.

She was married on July 1, 1967, at the Colgate Rochester Divinity School Chapel in Rochester, NY, to Kenneth Kim, MD, her husband of 51 years.

In 1969, her husband was drafted during the Vietnam War. Susan and Ken traveled across the country in a Volkswagen Camper to see all the beautiful national parks on their way from Dartmouth Medical Center to Letterman Army Hospital in San Francisco.

The center of Susan’s life was her family. She loved nature, gardening and animals and spread kindness and love throughout her entire life.