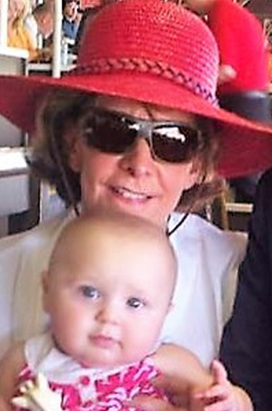 It is a pleasure for me to work with the Clinton Symphony Board to maintain classical music in our area.

I was born and raised in Saratoga Springs, NY. My first interest in classical music emerged when I started piano lessons at 8 years of age. Around this same time, I saw a movie with Mario Lanza about the life of Enrico Caruso, and my enthusiasm and admiration for opera music were born. My mother would play the piano and I would pretend to be an opera singer (I could not sing, but thought I was great). I attended college near New York City (Manhattanville College in Purchase, NY). Every month, I attended a performance at the MET. On Friday nights, the college had tickets available for us. While at home in Saratoga during the summer of my sophomore year of college, a group of us from Saratoga developed the Youth Committee for the Performing Arts. Our goal was to raise awareness and interest in establishing Saratoga as the summer home of the Philadelphia Orchestra. At that time, the orchestra was looking for a summer home. We wrote letters to newspapers and contacted officials for support for this effort. Once Governor Nelson Rockefeller was on the board to support this endeavor, he established a commission to raise money to build a shell. It did not hurt that my father was one of the commissioners on this board. The Saratoga Performing Arts Center soon became a reality for the Philadelphia Orchestra.

After Graduation from Manhattanville College (I majored in French), I pursued a Master in Education for children with hearing loss. In 1990, while employed at the New York State School for the Deaf in Rome, NY, I developed a home-based infant program. Other than my love for classical music, my passion for the infant program – working with families with babies with hearing loss – has provided for me a lifetime opportunity to achieve my goals.

It is a pleasure for me to work with the Clinton Symphony Board to maintain classical music in our area.