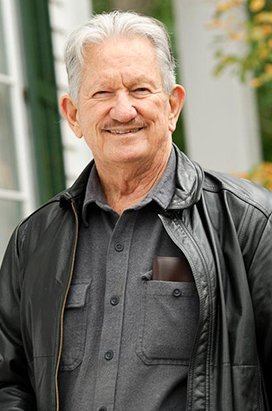 I was lucky to have had parents who started taking me to concerts when I was six or seven years old.  From the time I could walk, I would climb up onto the piano bench and, with the help of a stack of music books that raised me high enough to reach the keyboard with my little hands, would make sounds that delighted me.  I so enjoyed the music classes in kindergarten that I began private piano lessons at age six, later studying cello as well.  In the 1940s even the smallest towns had a concert series, often part of The Civic Music Association or Community Concerts sponsored by major musical management agencies such as Sol Hurok or Columbia Artists who sent the musicians they represented on heavily-booked and carefully mapped out nation-wide tours.  These subscription series gave people around North America—including the South Texas in which I grew up–the opportunity to hear great musicians live.   The Metropolitan Opera also made a national tour every spring, bringing live opera to people throughout the U.S. and Canada.

The earliest concert of which I have a vivid memory was a recital by the remarkably beautiful Czech soprano Jarmila Novotna.  This was early 1945 in the last months of World War II, and there was probably no one in the hall who did not have a loved one in mortal danger somewhere in the world.  When Novotna returned to the stage after the intermission in her native Czech costume to sing Jan Masaryk’s arrangement of a group of folk songs from Lidice, in memory of the village whose residents had been wiped out in an appalling act of reprisal, there was not a soul in the hall who was not deeply moved.  I knew that I was hooked on live music for life, as well as in love with Jarmila Novotna (who ten years later at a gala reception after a performance fetched two straws so that she and her seventeen-year-old admirer could sip champagne out of the same glass).

Friends often appear incredulous when I tell them what it was like to hear the likes of Szigeti, Elman, Rubenstein, Arrau, Casadesus, Max Lorenz, Melchior, Pinza, Sayao, as well as such legendary conductors as Beecham, Mitropoulos, Monteux, Reiner, Walter, etc.  But, I have to remind them that I started early.

I continued the study of music through my undergraduate years at Columbia, working with the Naumburg Award-winning pianist William Beller who gave me a total immersion in the interpretive tradition of his teacher, Artur Schnabel.  By this time, I was acutely aware of the competition I faced from my musical contemporaries such as Van Cliburn, who was studying at nearby Julliard.  As my other great obsession was architecture and the visual arts, I went to Princeton for an M.F.A. in art and archaeology, and subsequently won a Fulbright to study at the Courtauld Institute in London.  After several years as a fellow of The Royal Institute for the Advancement of Learning (McGill University) in Montreal, I accepted a faculty position at Hamilton College in Clinton, New York.

Since moving to central New York State, I have served on the boards of several arts organizations, including the Chamber Music Society of Utica and Players Theater.  I served as President of The Landmarks Society of Greater Utica and Sculpture Space and was the first Chair of Utica’s Commission on Scenic and Historic Preservation.

Over the decades my work has taken me around the world where I have been privileged to attend concerts and operas in—among other places—Canada, Mexico, Argentina, the U.K., Denmark, France, Germany, Hungary, Italy, Poland, Sweden, and Turkey.  Although I am an avid opera lover, I have never been to a ‘Live in HD’ telecast in a movie theatre, nor have I ever watched more than fifteen minutes of such a telecast at home.  For me, nothing takes the place of a live performance, whether it be in the concert hall or opera house, or in the intimacy of someone’s home where you are an active participant in making music.